Which among the following is Urdu for 'Agreement'? 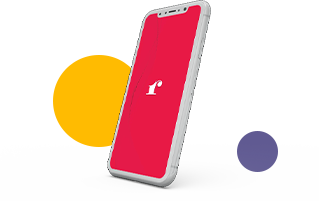 Brij Mohan Dattatray Kaifi Dehlavi (1866-1955), also known as ‘Ashiq-e-Urdu’, was a prominent poet, playwright, novelist and essayist. Initially, he not only took corrections on his poetry from Maulana Altaf Hussain Hali, but also emulated Hali’s ideas in his writings. Taking cue from Hali’s famous Musaddas ‘Madd-o-Jazr-e-Islam’, Kaifi composed a Musaddas of his own titled ‘Bharat Darpan’, which later came to be known as ‘Musaddas-e-Kaifi’. An insightful Nazm, it touches upon the past glory of the Aryans, the then-current conditions, and the prospects that lie in the future. One couplet from the Musaddas reads:
GhaTaa kufr aur jahl ki sar se sarkii
Khulii.n Braham-Vidya se aankhe.n bashar kii
Dattatray Kaifi was an extremely learned and accomplished person. Besides being well-versed in Urdu, Persian, Arabic and English, he was also proficient in Sanskrit and Hindi.
Urdu’s first book on grammar, ‘Dariya-e-Latafat’, which was written in Persian language in 1808, was actually translated into Urdu by Brij Mohan Dattatray Kaifi.

Parveen Shakir (1952-1994) reached the pinnacle of fame and popularity in her brief life. In 1976 her first collection of poems ‘Khushbu’ came out, the cover page to which was made by famous artist Sadiqain Sahib. Faiz Ahmad Faiz saw the cover and remarked with a smile:
“Maine to umr bhar mein itni nazmen kahin hain.”, to which Sadiqain replied, “Parvin Shakir ziyada kahti hain magar achha kahti hain.”
The first edition of 'Khushbu' went sold-out in six months. Afterwards, many of her books made the scene.
To everyone’s curiosity, Parveen Shakir, Urdu’s beloved and renowned literary personality, usually took off her footwear whenever she was at a gathering or at her home. Moreover, she also drove her car barefoot.

Momin Khan Momin (1800-1852), the poet of whom Mirza Ghalib had remarked to confer his entire Diwan for this particular couplet:

Besides being a masterful Ghazal poet, Momin was also very skilled in astrology and would often reckon on future events which usually would come out to be true. He was also well versed in Tarikh-Goi (composing chronograms), and would keep reinventing at every go. A few months before his death, Momin fell from the roof of his house, breaking his limbs. After this incident, he composed a Tarikh and foretold that he would die in five months. And so it happened, Momin’s composed chronogram is what finally proved to be the date of death and is engraved on his shrine.

Momin fell in love quite more than once, and after reading his Ghazals one figures that the poet doesn’t have an imaginary love interest, but has fallen for a purely human beloved. Apart from ghazals, he also wrote 12 Masnavis; 6 of them center around his own love life. He wrote his first Masnavi, ‘Shikayat-e-Sitam’, aged 16, which too, is one of his very own love stories.

Renowned poet Faiz Ahmed Faiz was married in 1941 to British citizen Alys George in Srinagar and this knot was tied by Sheikh Muhammad Abdullah. The two celebrated their honeymoon in Maharaja Hari Singh's "Pari Mahal". Alys was named Kulsuum but was known as Alys Faiz. There was also an agreement with the marriage which stated:

Faiz and Alys had a successful married life. Alice was a social worker and had joined the Communist Party at a young age. During the trying term of 1951-1955, when Faiz was accused and imprisoned in the Rawalpindi Conspiracy case, Alys provided for her two daughters and squared up to their financial expenses. All this while, the letters that Faiz and Alys wrote to one another in English were published in Urdu under the title “Saliben Mere Dariche Mein”, and later in English under the title "Dear Heart".

Akbar Allahabadi was one of the leading Urdu poets of humour and satire, who was also a session courts judge. He was a great supporter of Eastern culture and civilization. Throughout his poetry, strong satire on English culture can be seen. But he sent his own son Ishrat Hussain to London for studies.
When he was leaving, Akbar made him promise that he will not forget the traditional values and cultures of east. Once it was too late for Ishrat's letter to arrive, Akbar Allahabadi wrote his famous Qita, and sent it to him.
These are the two couplets from that famous Qita :

Ghazals from the Era of Progressive Movement