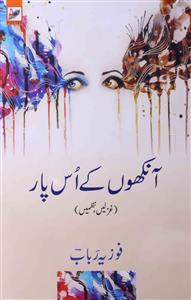 Born in Ahmedabad (Gujarat) to a learned family, Fauzia Rabab is a noted Indian poet, critic and journalist. Her hometown is Bijnor, a prosperous land in the state of Uttar Pradesh. After her marriage, she resides in the beautiful tourist city of Goa.
She passed BA and MA examinations in Urdu with distinction from Gujarat University, Ahmedabad. Besides, Fauzia Rabab also obtained PG Diploma in Journalism and B.Ed degrees.

His collection of poems "Ankhon Ke Us Paar" became very popular among the readers. His works and articles have been regularly published in newspapers and magazines in the country and abroad.

Fauzia is purely a poet of “Aamad”, that is couplets come to her; she has nothing to do with “Award”, that is composing couplets with an element of artifice. Her poetry is truly a manifestation of her creative faculties. In her poetry, the word, the idea, the style, the form, the harmony, the texture and the internal and external form are all barely poetic and artificial. Not soothing, but a full and beautiful atmosphere of descent, where the mixture of fragrance, color and light creates a dreamy scene with faint melancholy. Fauzia Rabab is basically a poet of love. In her words, love is manifested with its nine colors and arrows. In her poetic universe, Hijr and Visal have the status of axis and center.