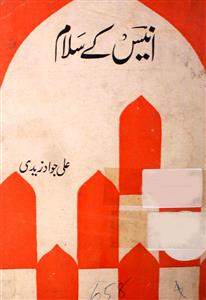 Mir Babbar Ali Anis is one of the poets who took the genre of Urdu Marsiya to unprecedented heights. With his creative expression and melancholy-infused grandeur, he has become the paragon of Marsiya, something that can be found only and only in his writings.

Meer Anis was born in Faizabad in 1803. His father Mir Mustahasan Khaliq himself was a great and famous poet of Marathi. Poetry was his pedigree as his grandfather Zahak, and great grandfather Mir Hassan (author of Masnavi Sahar Al Bayan), were all noted poets of their times. It is noteworthy that the poets of this family took a different path apart from ghazal and brought the genre they touched to perfection.

Born into a family of poets, Anis's temperament was congrous from his childhood and at the age of four or five, he could versify couplets impromptu. He got his early education in Faizabad. Apart from his usual education, he also mastered the art of army tactics. Apart from Arabic and Persian, he was also very interested in Hindi and was well acquainted with the works of Tulsidas and Malik Muhammad Jaisi. It is said that he introduced himself to Hinduism in his boyhood. From a Brahmin scholar to the religious of Indi he used to go to understand the scriptures. Similarly, when someone died in the neighborhood, he used to deeply to study the cries and expressions of grief of the women of this house. These observations were later used in his Marsiya-writing.

Anis started writing poetry at a very young age. When he was nine years old, he said a Salam. Frightened, he showed it to his father. His father was very happy but he said that he is still young enough to acquire knowledge, and shouldn’t focus on poetry. He used to write ghazals but did not read them at the mushairas in Faizabad. Later, entrusted Anis to master poet Sheikh Imam Bakhsh Nasikh, to cultivate his son’s poetic aptitude. When Naskh saw his poems, he was stunned that at such a young age, the boy was reciting such masterful poems. He considered it unnecessary to make any correction on his works, but suggested the boy to take up the pen-name Anis. One of the couplets that Anis showed to Nasikh was:

At the age of thirteen or fourteen, Anis wrote a Musaddas for the women's assembly of the house in the absence of his father. After that, he began to make rapid strides in Marsiya poetry. Thanks to his hard work and discipline. He would lock himself in a cell, stop eating and drinking, and go out only when the Marsiya was finished. He would say, "When you mourn, your heart bleeds." When Mir Khaliq, who by this time he was one of the great and important Marsiya-composers of Lucknow, was satisfied that Anis had been able to take his place, he introduced his son to the tasteful and critical audience of Lucknow and spread the fame of Mir Anis.

In the time of the last Nawabs of Awadh, Ghazi-ud-Din Haider, Amjad Ali Shah and Wajid Ali Shah, Anis had gained immense fame in Marsiya poetry. His contemporary, and equally great Marsiya composer Mirza Dabeer he preferred to read straightforwardly, while Anis had excelled in reciting elegies. Later, separate admirers, and even schools, of these two elegiac masters were born. Anisia and the other was called Dabiria. Both groups tried to prove their superiority and make fun of each other. Anis and Dabir did not recite lamentations together in any meeting. Only once at the insistence of the royal family they gathered in it, and in it also Anis said that he had forgotten to bring his Marsiya, instead of his elegy he recited a salutation in honor of Hazrat Ali written by his brother Monis.

Anis and Dabir generally had a cordial relationship and both valued each other's perfection. Dabir was very humble. His complex personality and delicate temperament and his poetry afforded him a legendary fame and he was counted among the most distinguished persons of Lucknow. At that time, the fame of Anis was such that the ruler, the eminent prince and the noble Nawab-Zada used to gather at his house and offer patronages.

His income would have reached thousands sitting at home, but his leisure time was short. In 1856, the British occupied Awadh. Lucknow's prosperity was gone. He was compelled to leave. He read majlis in Azimabad (Patna), Banaras, Allahabad and Hyderabad which had the effect that people from far and wide became acquainted with his poems. Anis's nature was liberal and he did not like any kind of restraint on himself. Once Nawab Amjad Ali Shah came up with the idea of ​​compiling a history of his family in the style of Shahnameh. Anis at first accepted the offer, but when he saw that he had to stay in the government building day and night, the commitment to the king, his full-time employment, permanent residence in the royal house were the guarantees of worldly progress, Anis did not accept the royal job. Interestingly, the British who occupied Awadh and snatched their livelihood, used to give them a monthly stipend of fifteen rupees because they were the grandsons of Mir Hassan whose Masnavi was included in the syllabus of Fort William College and its publications.

Just as Anis's speech is enchanting, so was his recitation. As soon as he reached the pulpit, his personality would change. He was not conscious of his body. No one was more skilled in mourning than him. In his last years, he had reduced his mourning. In 1874, his uncle died in Lucknow. He wrote about 200 elegies and 125 salutations, in addition to which about 600 quatrains are also his memoirs.

Anis was a genius at work. Even if he used ghazal as a means of expression instead of mourning, he would still be counted among the great poets. Despite not paying attention to ghazal, many of his poems are known to everyone. Anis's speech is distinguished by his eloquence, imagery and his creative approach to language. He was able to give a flower a hundred similes. His poetry is a mirror of the elegant language and civilization of his time. He dived deeply into the craft of Marsiya and found such precious gems which are unparalleled in Urdu. 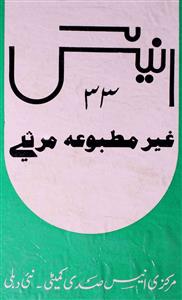 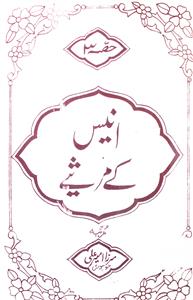 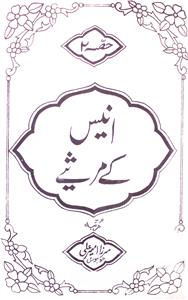 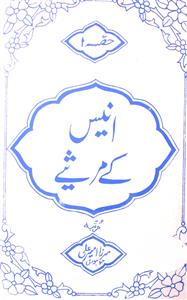 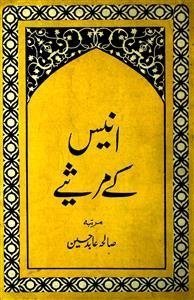 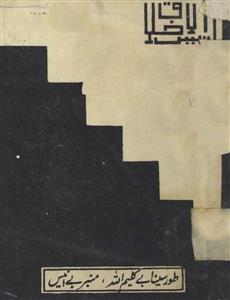 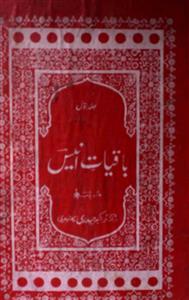 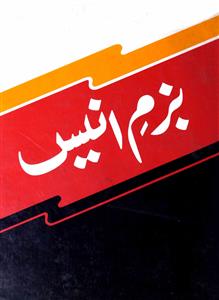 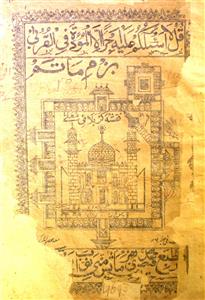