Asrarul Haq Majaz rose as a phenomenon on the horizon of Urdu poetry in the fourth decade of the twentieth century and immediately touched the hearts and minds of the youth of his time due to his charming personality and unique expression. Poets like Faiz Ahmad Faiz, Sardar Jafari, Makhdoom Mohi-ud-Din Jazbi, and Sahir Ludhianvi were not only his contemporaries but also his friends. But even at a time when Majaz's poetry was in its infancy, no other poet could match Majaz’s levels of popularity. There was a time when Majaz’s nazm ‘Awara’, was more popular than Faiz’s ‘Mujhse Pehli Si Muhabbat’ and Sahir’s ‘Taj Mahal’. There were more girls than boys among his fans. According to Ismat Chughtai, in his Aligarh days, the girls of the hostel used to draw lots for him and used to sleep with his collection of poems ‘Ahang’ close to their chest. But unfortunately, Majaz could not set himself right, he drank out of proportions along with Akhtar Shirani, and died some 6 years before his wine mate. Akhtar has written about him in his memoirs that Majaz had immense abilities but he was able to use only a quarter of them.

Majaz was born in 1911 into a landed family in the famous town of Radoli in Awadh. His father Siraj-ul-Haq, unlike other landlords and relatives of the time, was very learned and at a time when his class considered English education unnecessary, he was highly educated and held public office despite his large landholdings. Majaz was brought up with a lot of affection in his childhood. He got his early education in a school in Radoli, after which he moved to Lucknow where his father was employed in the registration department. Majaz passed matriculation from Aminabad School, Lucknow. He was good at studying till then. Then at the same time, his father's transfer took him to Agra. From here, the first turning point of Majaz's life began. A few days later, his father was transferred from Agra to Aligarh. He left Majaz in Agra to complete his education and moved to Aligarh. Disinterest in textbooks, the poetic atmosphere of Agra and the loss of parental supervision, the result was what it should have been. Israr-ul-Haq started writing poetry under the pseudonym of Shaheed and began to seek correction from Fani. This early poetry of Agra ended in Agra. He failed the exam and went to his parents in Aligarh. From here, the second phase of his life began. At that time, Aligarh was full of future celebrities. All these people went on to shine like sun and moon in their respective fields. Manto and Ismat Chughtai in prose, Al-Ahmad Suruur in criticism and Majaz, Jazbi, Sardar Jafari, Makhdoom, Jan Nisar Akhtar and many others in poetry.

Majaz revolutionary, though sweet accented, poetry became an instant hit, and Majaz became the apple of everyone's eye. After doing BA from Aligarh, he got admission in MA but at the same time appeared in All India Radio. He worked according to his mood, and became the deputy editor of the magazine "Awaaz" of Majaz Radio. The radio job did not last long and they fell victim to office politics. It is said that trouble does not come alone, so he fell in love with the daughter of a noble and famous freedom fighter. The girl turned out unfaithful, and this opened the door to the mental, emotional and physical destruction of Majaz. This was the third phase of his life from which his drinking increased. Disappointed by the failure of unemployment and love, Majaz returned to Lucknow. For a few days he worked in the Information Department in Mumbai and then returned to Lucknow. For a few days he edited magazines, but it was a hobby of his time and not a job. His friends in Lucknow had dispersed. Eventually he went back to Delhi and became an assistant librarian at Hardinge Library. In 1945, he suffered another stroke. This time too, the efforts of the doctors and the diligent care and kindness of the family members healed him. He kept drowning the bitterness of life in alcohol. Never complained about life or complained to anyone. He endured everything in silence. In 1945, there was the third and most severe attack of insanity. He was running after every girl on the streets. The family was always ready for some sort of bad news, which one day came in the form that Majaz had come under a car or was found lying on a road. Josh Malihabadi wrote a letter from Delhi asking Majaz to be admitted to the insane asylum in Agra. With great effort, they finally got a B-class bed at the Ranchi Mental Hospital. When he returned home after six months of recovery, his beloved sister Safia Akhtar (Javed Akhtar's mother) died a month later. This tragedy took him through aggravated trauma.

One night in December 1955, the drinking started on the same roof and continued till late at night. In a state of misery, his companions left him on the roof and went to their respective homes. The next morning, when the owner of the shop went to the roof, Majaz was lying half-dead. He was rushed to the hospital, but this time there was no coming back. Majaz's poetry is an invaluable example of lyrical poetry in Urdu. There is strange music in his words which distinguishes him from all other poets. He also sang ghazals but he was basically a poet of beauty. Each of his poems is a unique piece of art in Urdu literature. 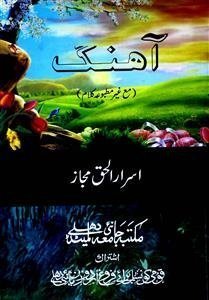 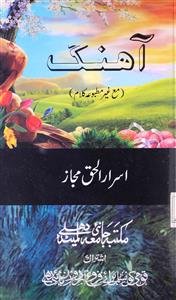 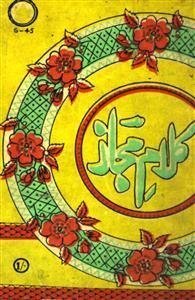 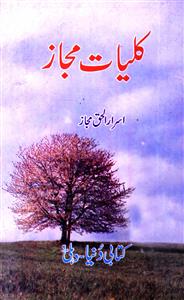 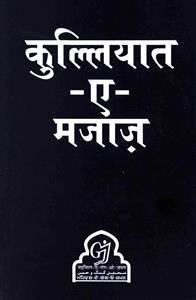 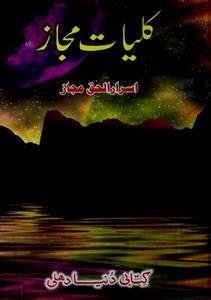 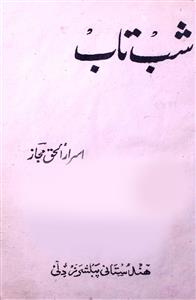