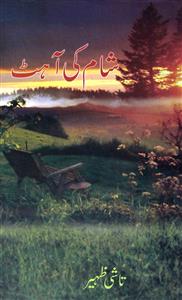 Tashie Zaheer was born in Lahore, Pakistan on December 02, 1947. Soon after his birth the family that had immigrated from Delhi to Lahore in 1947, made another move to Multan, Pakistan where Tashie grew up and received his basic education. He graduated from Emerson College, Multan in 1968.

A well known poet, an artist and a debater in the Pakistani student community, Tashie also decided his hand at the politics and ran for General Secretary position for the Student Union and was elected with a historic win.

In 1969, Tashie moved back to Lahore and received Master's degree in Political Science from Government College, Lahore. He joined Punjab University Law College after that  which he left one month before the final exams to accept an offer from Habib Bank, something he really wanted.

In 1976, Tashie moved to Washington State in US where he received second bachelor degree in business Administration followed by an MBA.

Tashie is a banker by profession. In US he worked mainly with Wells Fargo bank and Citibank in executive management.

Tashie was born into a literary family. His grand father, Sabir Delhavi, a contemporary of Jigar Muradabadi and Josh Maleehabadi was a prominent Urdu poet in India.

Tashie's older brother, Professor Anwar Anjum also made his mark as a poet at a tender age of 25 when he passed away. Tashie's father and brother died within a few years. This devastated Tashie emotionally and he literally suspended all his creative activities for many years to come.

After almost 25-30 years silence, Tashie co-founded Urdu Academy of North America in the San Francisco Bay area in the year 2000 along with a dear friend and an excellent poet, Fayyaz Uddin Saieb. Tashie also started writing poetry again about the same time.

His first poetry collection that consists of his early years poetry was published in 2008 under the name, "Shaam ki Aahat". His more recent work is in the process of being compiled.