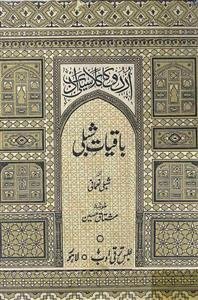 Considered the pivotal ‘Figure of Consequence’ of Urdu language and literature, Shibli Nomani is that self-made personality who kept the flame of oriental art and sciences kindled in the tempestuous storm of western influence. – Aftab Ahmad Siddiqui

Shibli is among the select few who under the guidance and companionship of Sir Syed Ahmad Khan broke free of the stereotypical Maulvi-image and ventured into the preserve of literature. He was the first who precisely put together the history of Islam as it was, in Urdu. He penned a series of insightful books about pivotal personalities in Islam, which included several eminent predecessors. His most famous and noteworthy book is the biography of the second caliph Omar Farooq titled "Al-Farooq". The last in this series of books was "Sirat-un-Nabi", which remained unfinished till his last breath. Later, it was completed and published by his student Syed Sulaiman Nadvi. In addition to these works, Shibli wrote numerous historical and research articles, which gave rise to a general interest in history and historiography. He was also a skilled poet and discerning critic who is considered one of the founders of Urdu criticism. During his stay in Aligarh, Shibli also benefited from Professor Arnold and courtesy him became acquainted with Western civilization and its social etiquette. Shibli acknowledged the finer aspects of the western society and blended it with his oriental values. This convergence made the traditionalists treat him with despise which eventually forced Shibli to leave Nadwa, and later incline himself with west-centric circles without any feeling of mediocrity.

Shibli composed poetry in both Urdu and Persian but with an evidently distinct style. His Persian verse largely includes themes of sensual love and is not much read. In Urdu, he versified communal and political themes. Commenting on his Persian poetry, Hali remarked, “How can someone believe that this is the very same person to have written near-sacred books like Al-Farooq, and the biography of Maulana-e-Rum? This is not Ghazal-poetry, this is firewater infused with an arousing intoxication. Hafiz’s ghazals might be extremely stirring with respect to themes, but when considering novelty of though, these (Shibli’s) ghazals are steamier”.

Shibli was born in Bandwal near Azamgarh in 1857 in a lineage of people of Rajput descent. Shibli was temperamentally close to Imam Abu Hanifa, thus instead of Numan bin Thabit, he began writing Nomani, expressing his chauvinistic Hanafism. His father was among Azamgarh’s famous lawyers, who was also a landlord and a merchant of sugar and indigo. He decided to impart religious education to Shibli. Shibli studied Persian, Arabic, Hadith, Fiqh, and other Islamic sciences from the leading scholars of his time. After graduating, he took a job as Qarq-Amin (bailiff) for a short span and then appeared for the law exam, which he failed, but succeeded the following year. After an unsuccessful stint at advocacy at different places, Shibli got a job as an Arabic and Persian teacher in Sir Syed's College in Aligarh. This is precisely where the plot gets thickened in Shibli’s story. Shibli visited Turkey, Syria, and Egypt while working in Aligarh. As a friend of Sir Syed and a scholar of Arabic and Persian, he had a very prosperous stay in Turkey. On the recommendation of Atiya Faizi's father Hassan Afandi, who had considerable influence in the court of Sultan Abdul Hamid, Shibli was awarded the ‘Tamgha-e-Majidiyah’. On his return, he wrote Al-Mamoon and Sirat-e-Numan. In 1890, Shibli again visited Turkey, Lebanon and Palestine and visited the libraries there. On his return from this journey, he wrote "Al-Farooq". After the death of Sir Syed in 1898, Shibli left Aligarh and returned Azamgarh indulging in the development of his self-founded "National School" (now Shibli College). He then moved to Hyderabad, where during his four-year stay he wrote Al-Ghazali, Ilm-ul-Kalam, Al-Kalam, the biography of Maulana-e-Rum, and Muwazana-e-Anis-o-Dabir. After that he came to Lucknow where he handled the educational affairs of Nadwat Ulema. In the midst of Nadwa's busy schedule, he wrote the now celebrated “She’r-ul-Ajam”. Maulana had two marriages. His first marriage took place at a very early age and his first wife died in 1895. In 1900, at the age of 43, he remarried a very young girl, who died in 1905. In 1907, following an accidental shot of a pistol, he lost one of his legs. It was his dream to bring together great scholars and establish an institution of scientific research and learning called "Dar Al-Musnnafin". Though he had made most of the arrangements for it, but the institution could be inaugurated only after his death. Due to some of Maulana's activities, his opposition in Nadwa had grown. Eventually, he had to part ways with the organization, which he worked so hard to develop. Later, he came to Azamgarh and engaged in school and landlord-ship. Here his health began to decline and he died on November 18, 1914. An extremely pivotal and laborious personality, Shibli had a penchant for perfection, for every task that he undertook he completed it with great care, affection, and diligence. Due to his knowledge and fame, he had access to Muslim and non-Muslim rulers of many states at that time, who helped him in his scholarly and research projects.

Shibli is one of the founders of Urdu criticism. He has expressed his critical views comprehensively in his two magnificent books “She’r-ul-Ajam” and “Muwazana-e-Anis-o-Dabir”. In Muwazana-e-Anis-o-Dabir, Shibli has defined the basic principles of Marsiya (eulogy) as well as eloquence, rhetoric, similes, metaphors and other linguistic devices. In She’r-ul-Ajam, he has attempted to understand the purpose and discover very essence of poetry. He tries to explain the relationship between a word and its meaning, encompassing all genres of classical Urdu poetry. He has also clearly differentiated between the different elements of poetry, historicity and poetry, and narration and poetry. Poetry, he believed, was a matter of taste and conscience, for which there was no comprehensive or contradicting definition. He considers passion and feeling as the real essence of poetry as opposed to perception. Although poetry is impossible without emotions, Shibli claims that establishing a vibrancy in emotions, rather than excitement or bustle, is what poetry is all about. Anything that overcame the heart with emotion, he considered that to be poetry. Thus, Shibli brings to notice a poem's sensory and artistic aspects in his critique, while also stressing the proper use of a word. He posits the word as the body and meaning as its soul and claims that if finer meanings appear in the guise of well-used words, they will turn out to be more potent than ever. The British government conferred the title of Shams-ul-Ulema to Shibli in appreciation of his scholastic contributions. Shibli College and Dar-ul-Musnafin, the institutions he founded, are still actively involved in knowledge and research. Shibli's contribution to the Urdu language is one that can never be overlooked. 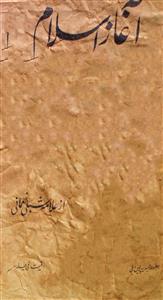 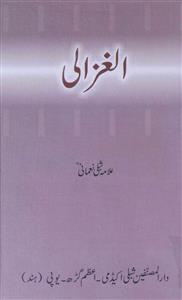 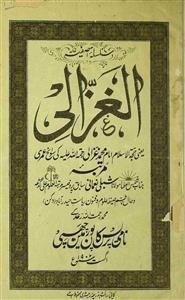 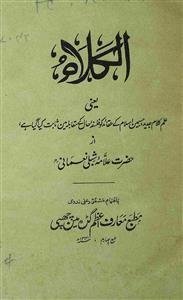 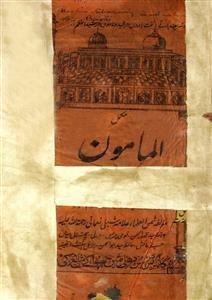 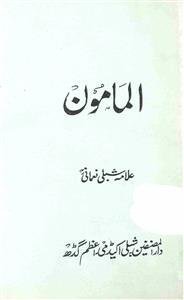 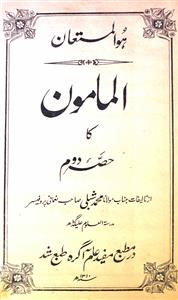 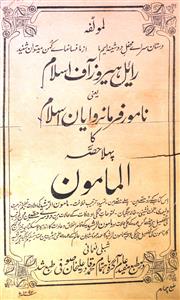