Momin Khan Momin (1800-1852), whose father and grandfather were court physicians, was born, educated, and settled in Delhi. He received his education at the famous Shah Abdul Qadir’s school under the coveted guidance of Shah Abdul Aziz, a celebrated theologian and reformer of his times. Momin had a wider exposure to a variety of disciplines and languages like Arabic, Persian, Urdu; medicine, mathematics, and astrology. Music and chess were the other areas of his keen interest which he cultivated with care.

Momin was essentially a poet of the earthly love which he expressed best in the form of ghazal. The lover in his poetry is one of amorous disposition; he represents love along with lust, and lust as a part of life’s romance. As Momin dwelt upon the psychology of the lover, he explored his moods and reflexes, as also his erotic tendencies. In celebrating romantic love in all its manifestations, he drew upon the purity of diction, deeply nuanced phrases, and indirect modes of expression. All these made way, sometimes, for a metaphysical apprehension of the phenomenon of love and the figure of the lover. Momin was an aesthete; he personalised his material which distinguished him from many other poets who objectified them. Apart from his Urdu divaan, Momin has also left behind a Persian divaan, and works in prose. 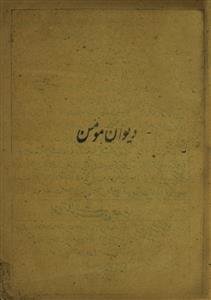 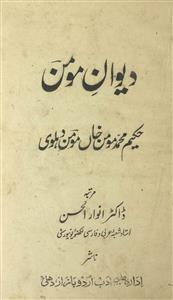 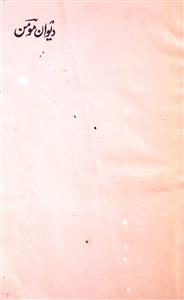