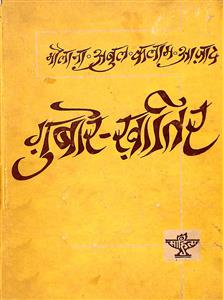 Abul Kalam Azad was born at Mecca in 1888. He was named Mohuiddin Ahmed but his father, Maulana Syed Mohammad Khairuddin, liked to call him Feroze Bakht. His mother hailed from a family of well-respected scholars and his maternal grandfather was highly respected far and wide as a scholar. After receiving his early education from his father, Azad went for his higher education to Jamia Azhar at Cairo in Egypt where he was educated in Eastern systems of knowledge.

When he migrated from Arab to India, he chose Calcutta as his center of journalistic, scholastic, and political activities. Here, he started the first illustrated weekly called Al-Hilal in 1912 that projected a highly critical stance against the British government. Its impressive print run of fifty two thousand copies spoke volumes of its relevance and appeal. Finding it objectionable for themselves, the British banned its publication in 1914. Following this, he launched another publication called Al-Balagh which also reiterated Azad’s anti-British stance.

While Azad had a clear stance against the British, he also projected a nationalist and patriotic stance and worked towards the cause of Hindu-Muslim unity. He also took to publishing other journals and newspapers like Paigham and Lisan-us-Sidq. He also remained associated with other publications like Wakeel and Amritsar.

Maulana Azad was very active on the political front and took part in Non-Cooperation movement, Quit India movement, and Khilafat Movement. He had developed a sound camaraderie with Mahatama Gandhi, Dr. Mukhtar Ahmad Ansari, Hakim Ajmal Khan, and Ali brothers. Being deeply influenced by Gandhi’s philosophy of Non-Violence, he reposed complete faith in his leadership. This took him to travel the length and breadth of the country in order to propagate his ideas and ideals.

Maulana Azad finally emerged as an important national leader. He was imprisoned for his anti-British stance during the freedom movement and served the cause of the nation as the President of the Congress party. His wife, Zuleikha Begum, stood as a pillar of strength all through his political endeavors of great trial and tribulation during country’s freedom struggle. This is how she is also counted as one of the ladies who contributed towards freedom struggle in their own ways.

After India’s independence, Maula Azad served as Education Minister and contributed significantly towards policy formation and establishment of education system in the country. University Grants commission and other technical, research, and cultural institutions stand as the testimony of his vision in the domains of liberal and technical education and culture.

Cumulatively, Maulana Abul Kalam Azad was a visionary politician, a major journalist, a remarkable prose stylist, and a notable commentator of the Holy Quran. He was also a poet and an essayist who wrote on several topics of contemporary relevance. His major works include Ghubaar-e-Khatir, Tazkira, and Tarjuman-ul-Quran. He wrote Ghubaar-e-Khatir during the days of his imprisonment at Ahmednagar fort. It contains all the letters that he wrote to Maulana Habibur Rahman Khan Sherwani. This is a good primary source to know about his life and preoccupations. Scholars and commentators have rightly acknowledged Maulana Azad as a genius of his age. This is how he was conferred with the most prestigious award of Bharat Ratna by the Government of India.

Maulana Azad passed away on February 02, 1958. He lies buried within the boundary of Jama Masjid in Urdu Bazar, Delhi. 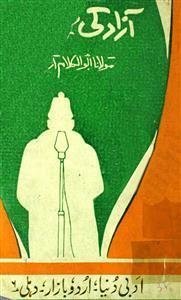 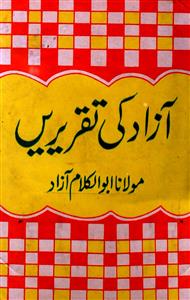 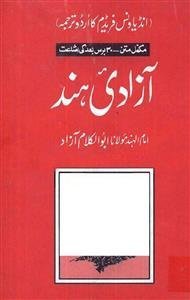 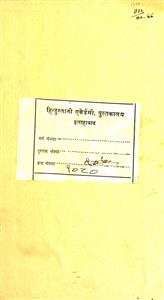 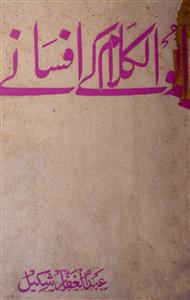 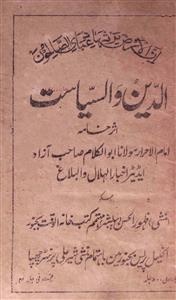 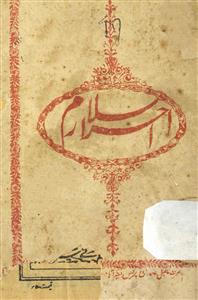 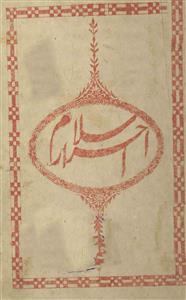