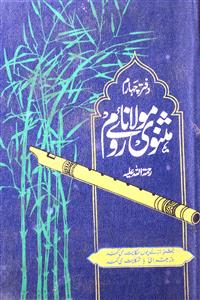 Jelalu-'d-Din, the greatest mystical poet of any age, was born at Balkh, in 1207 a.d., and was of an illustrious descent. His mother was of a princely house ; his father, Bahau-'d-Din Veled, was a descendant of the Kalif Abu Bekr, and excited the jealousy of the Sultan,  who made it so unpleasant for him that he left the city, taking with him his family, the youngest of whom was Jelalu-'d-Din, then five years old. At Naishapur they met the Sufi saint, Attar, who predicted the child's future greatness. " He would," he said, "kindle the fire of divine enthusiasm throughout the world,"  for even as a child Rumi had visions and religious ecstasies.

For years these fugitives travelled extensively through the East, and while in Larenda, in Asia Minor, then called Rum, Jelal married. This was in 1226 a.d., and after visiting Samarcand and Constantinople, the family finally settled in Oonia, or Konia (the ancient Iconium of the New Testament). Konia is in the old Roman province of Galatia, hence Jelalu's name of Rumi, or the " Roman." Here the poet's father founded a college and here he died in 1 23 1. After his father's death, Rumi, already a great student under his father's careful tuition, studied at Aleppo and Damascus, where he acquired a well-deserved reputation for learning. On his return to Konia he was professor of four different colleges, and received the title of Sultan-al-Ulema, or " Chief and Ruler of the Learned."

Among his spiritual advisers was Shamsi-'d-Din of Tabriz, who gained such an influence over the poet that Rumi adopted his name as his takhallus, or poetical Nom de plume, under which he wrote his Divan or lyrical odes. The people of Konia, disliking the somewhat aggressive characteristics of Shamsi, rose up against him, and in the riot which followed Rumi's eldest son was killed ; and Shamsi must have been executed, for he was never seen again. These tragic events caused Rumi such melancholy that he renounced the world and founded the famous order of Dervishes called the " Maulavis.  This order was noted for its piety, mystic dances, and its music and songs, making use of such instruments as the flute, drum, tambourine ; and its members also wore a peculiar mourning costume. The Masnavi, Rumi's great mystic poem, is said to have been written by him at the suggestion of an admiring disciple for the spiritual benefit of his order, whose cloisters are found throughout the Turkish Empire.

Rumi died at Konia, December 17, 1273, and was buried in his father's mausoleum at Konia. His son succeeded him as the head of the " Maulavis,11 the leadership of which has been kept in the poefs family for six hundred years. The dying instructions of Rumi to his son were as follows : —

" My testament is this : that ye be pious toward God, in private and in public ; that ye eat little, sleep little, speak little ; —that ye depart from wickedness and sin ; that ye continue instant in fasting, and steadfast in vigilance; that ye flee from carnal lusts with all your might; that ye endure patiently the contumely of the world that ye shun the company of the base and foolish, and consort with the noble-hearted and the pious. Verily the best man is he who doeth good to men, and the best speech is that which is short and guideth men aright. Praise be to God who is the Only God. "

These precepts were the basis of Rumi's life, judging by the nature of the work he left behind him. His Masnavi, upon which his literary fame rests, is composed of twenty-six thousand couplets arranged in six parts, or books, dealing with Sufi philosophy in a series of stories having spiritual maxims and interpretations ; certain parts of these have been compared to the Books of Proverbs, Ecclesiastes, and the Songs of Solomon. As Dante's poem has been called the Divina, so in India the Masnavi is called the Ma'navi, or " Spiritual " ; for it seems to have for its main object the teaching of the " fatherhood of God " and the explanation of the origin of evil. These subjects are approached on the moral side through the principle of love ; believing that the more a man loves the more able he is to understand the divine purposes. more able he is to understand the divine purposes.

The " song of the reed " is thought to signify the soul's love for God, and its longing to be reunited with Him. At all events it is the keynote of the celebrated Masnavi. Among the numerous forms to describe this union of God and man Rumi uses the following exquisite apologue: " There came one and knocked at the door of the Beloved. And a voice answered and said, 'Who is there?  The lover replied, 'It is I.  'Go hence,' returned the voice, 'there is no room within for thee and me.  Then came the lover a second time and knocked, and again the voice demanded, 'Who is there?  He answered, ' It is thou.  'Enter, said the voice, 'for I am within. " 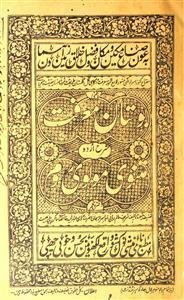 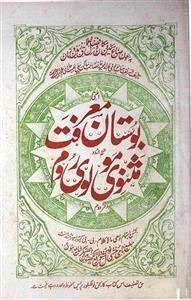 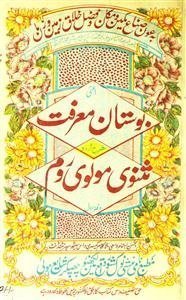 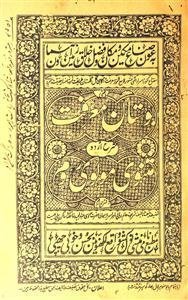 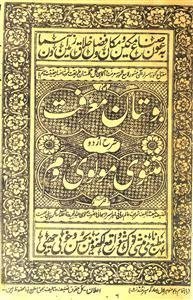 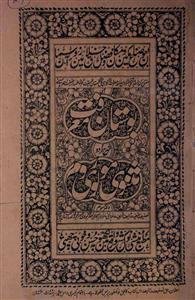 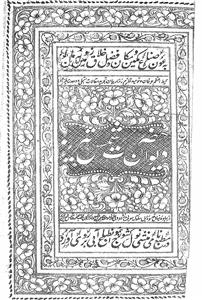 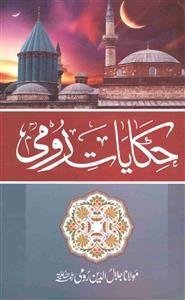 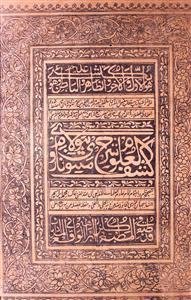 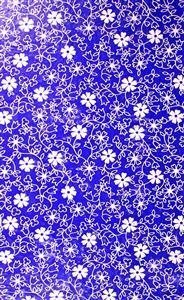