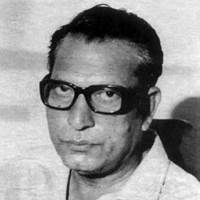 An important poet of Nazm from Pakistan

An important poet of Nazm from Pakistan

Aftab Iqbal Shamim is without exaggeration considered to be the greatest poet of Nazm in Urdu poetry. Born in Jhelum, in 1933, Shamim has been associated with the teaching profession all his life. During his career, he also stayed at a Chinese university where he closely studied Chinese culture which eventually left a deep impression on his personality and his art. He retired from Gordon College Rawalpindi in 1995 after nearly four decades of teaching and now resides in Islamabad. Several collections of his poems have been published, including ‘Zaid Se Mukalima’, ‘Gum Samundar’, and ‘Farda Nizhad’. Besides, a collection of his ghazals, named ‘Saya Navard’, also came out in 2013.