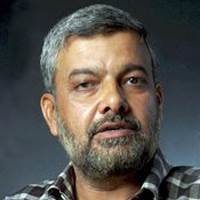 Azm Behzaad began to write poetry in 1972 when he was fourteen years old and emerged as one of the most popular contemporary poets. He was admired by critics and masses alike. He was highly appreciated for his diction and metaphors. In addition to this, he was also liked by the masses for his ‘tarannum’ and was frequently requested for it at mushairas.

He worked as an Urdu copywriter in an advertisement agency. He also wrote scripts for radio and T.V programmes.

In 1997 was published a collection of his poetry titled ‘Taabeer Se Pehley’.