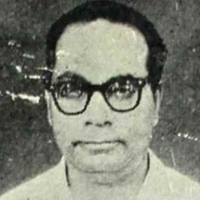 Muhammad Muhibullah Siddiqui was born on 2 January 1919 in Qasba Yousufpur of district Ghazipur. He completed his graduation from Aligarh Muslim University in 1940 and joined the services of the Central of Government of India. After partition, he moved Karachi Pakistan and started working as clerk in the Treasury Department. He retired in 1979 since then, lives as a resident of Karachi. He writes under the pen name, Muhib. Gul Aagahi, Chalni Ki Pyaas, Tajassus Ka Safar Nama Meer Taqi Meer Aur Aaj Ka Zoq-E-Shairy and Sheriyaat Maslak Maaquliyat are the collections of his works.