Hamid Hasan Qadiri was a scholar, poet, linguist, fiction writer, critic, translator and author of several key pieces of Urdu literature notably Dastan e Tareekhe Urdu: a comprehensive historical account of Urdu as a language. His passion for learning and education were reflected in all aspects of his personal and professional life. He was a master practitioner of chronogrammatic art and a true embodiment of the sufi way of life. He belonged to a deeply religious and well educated family. His father, Ahmad Hasan, was a lawyer by profession; and his brother Abid Hasan Faridi was a professor. Their lineage can be traced back to the 12th century Sufi saint, Hazrat Baba Farid Uddin Mas’ood Chishtie Gunjshakar of Pak Pattan, Pakistan.

Maulana Al-Hajj, Professor Hamid Hasan Qadiri, was born on 29th Jamad al-Akhir 1304 A.H. which relates to 10th March 1887 A.D., in the village of Bachchroan, district of Moradabad, U.P., India. He completed his early education at home whilst attending a local Madrassa. Thereafter, his family moved to Rampur where he completed his matriculation exams. Having studied Urdu and Farsi in Senior Madrassa, he obtained Munshi Fazil and Urdu Fazil certifications from Punjab University in Lahore. He achieved an F.A. in English.

Qadiri Sahab enjoyed a successful career in teaching where he was very  popular with both students and staff. He taught at colleges in Mowchani, Itawa and Baroda. In 1917, he took up a position at the Haleem Muslim High School in Kanpur, where he eventually became Head Maulvi. In 1927, he accepted a position as professor, at the highly acclaimed St John’s College in Agra, joining his brother, Professor Abid Hasan Faridi. After the untimely death of Professor Faridi in 1945, he was appointed as the Head of Department for Urdu and Farsi. Professor Qadiri remained at St John’s College for 24 years until his retirement in 1951.

From a very young age Qadiri Sahab, exhibited a high degree of keenness and zest towards seeking knowledge. Professor Dr Muhammad Tahir Farooqi, former Head of Department for Urdu at Peshawar University, Peshawar, Pakistan, writes: “Qadiri Sahab was not only an expert in Arabic and Farsi, but due to his deep interest was highly proficient in English literature and the art of critiquing, as is proven by the religious and critiquing articles. Professors of English literature were amazed at the breadth and depth of his understanding; this also pertained to Farsi, Arabic and religious studies. In addition to the immense knowledge Qadiri Sahab gained at the madrassa, the personal study he performed throughout his life, enabled him to become a scholar of the highest calibre.“

As well as being an accomplished Alim, Maulana Hamid Hasan Qadiri, was a highly regarded poet. He was the student of Hazrat Ameer Minai, and Imtiaz Ali Rampoori can be named amongst his peers. Alongside Ghazals, he was an expert in the styles of Nazam, Nasar, Naat and Manqabat. He was highly proficient in a number of languages: Arabic, Farsi, Urdu, Sanskrit and English -  and composed poetry in all of them.

In the art of composing chronograms, Tarikh Gor, Maulana Qadiri was unsurpassed. He was able to compose them not in a matter of minutes but seconds, resulting in an outstanding couplet whose meaning was immediately apparent. He built up an immense and invaluable collection of chronograms, which have now been published.

His collection of 2000 chronograms, out of which more than a 1000 are in the form of poetry, are a unique contribution of this art form. His published works on this subject are some of the only ones in the public domain. He was a master chronogramist, often capturing major political events of times as well as small quips within the family. Dr Khwajah Ahmad Farooqi, Head of the Department of Urdu, Delhi University, observes: “Whether he [HHQ] is serving tea to his guests, travelling on a train or performing wudhu; a chronogram would be composed. I have never seen or heard of anyone being so quick in the calculation or composition or chronograms.”

The contributions to religious and contemporary literature alongside Qadiri Sahab’s commitment to education are a true reflection of his character and personality. He wrote nearly 90 books of prose and poetry; of which 45 were published in his lifetime. He wrote an outstanding and iconic book in English on the topic of Ilm Al-Bayyan and Ilm Al-Badi’. It contains examples in four languages: Arabic, Farsi, Urdu and English. Additionally, he wrote articles which were published in different magazines. University students from all over the world have made Qadiri Sahab a topic of research  for their M.A. and Ph.D theses.

He was a true representation of personal simplicity and humility even at the height of his scholarly excellence. Generous with his guests, kind and gentle towards the young. Dr Khwajah Sahab adds: “Qadiri Sahab is a staid, unyielding yet remarkably humble person; but not dry. Despite his strict habits whenever he discovers something new and exciting he shows an interest and applauds it.”

In December 1927, Qadiri Sahab accompanied his brother on a visit to Alipur Sharif (in the district of Narwal/ Sialkot, Pakistan) where he was introduced to  Amir Millat Hazrat Peer Syed Jamat Ali Shah Sahab, a renowned Sufi saint of the Naqshbandiyya sufi order. Amir Millat embarked on a visit to Agra on 7th July 1945, during which visit he bestowed the Khilafat on Qadiri Sahab. Thus affirming his stature as a deeply religious person.

After migrating to Karachi Pakistan in 1955, he spent the rest of his years focusing solely on the Sufi order until his death on 24th Muharram 1384 A.H. which is 6th June 1964, in Karachi, Pakistan. Qadiri Sahab is buried in Paposh Nagar Nazimabad, Karachi cemetery. During their lives, his sons held an annual Urs in the memory of their father. Qadiri Sahab was blessed with 6 children: 4 sons and 2 daughters.

Below is a list of published books, works, articles etc. 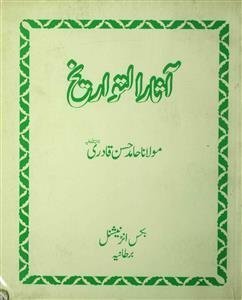 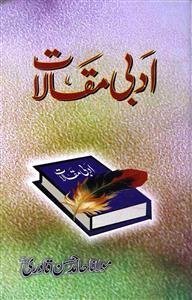 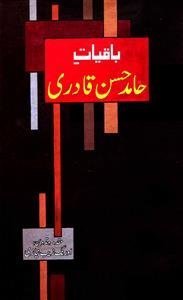 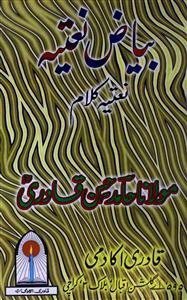 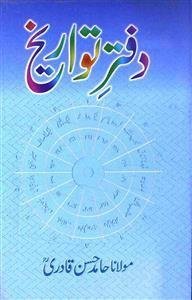 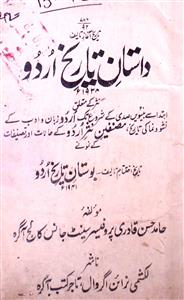 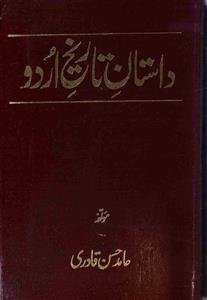 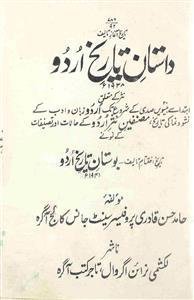 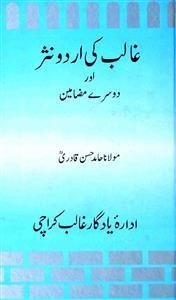 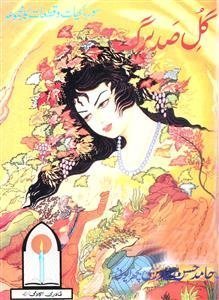