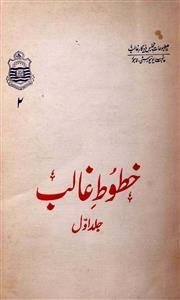 Ghalib is the poetical surname of Asadullah Khan, the greatest poet of Urdu. He is the last of the great Delhi poets, and is the first of the great modern poets. He stands between two worlds. Trained in classical Persian and mystic philosophy, he also profited from the western influences and the spirit of Indian Renaissance. “He employed ‘heterogeneous ideas’ and ‘yoked them together with voilence’ like the English Metaphysical poets. He towers above the hundreds and hundreds of Urdu poets like a ‘victor’ (Ghalib), as his pseudonym means.

Ghalib’s was a life of uninterrupted affliction, suffering and grief except for a brief period in his early youth. He came of a family of distinguished Seljuqid Turks, and his ancestors occupied important positions in the armies of the Mughals and of the East India Company. He was born in Agra in 1797. His father Abdullah Beg Khan was killed in action when Ghalib was less than five years old. After his father’s death, he was taken care of by his uncle Nasullah Beg Khan, but when Ghalib was nine he, too, died. Ghalib henceforth lived with the rich parents of his mother whose indulgence towards him resulted in his developing unfrugal habits and plunging towards youthful excesses, which in later years were responsible for many of his troubles. He did not receive any systematic education, learning all he knew mainly by personal effort and extraordinary intelligence. At the age of thirteen, he was married to a respectable family of Delhi and in 1812 moved to Delhi permanently.
Adversity followed him there too. He had no regular source of income and looked to patrons for help. He lived on borrowed money, which always created more problems. He never had a house of his own. His domestic life was far from pleasant. Temperamentally, he and his wife, Umrao Begum, were tragically unsuited to each other. Seven children were born of this wedlock, but all of them died in their infancy. Ghalib thereupon adopted his wife’s nephew Zain-ul-Abidin Khan ‘Arif’, but he too died young.

He perhaps never received the recognition that was his due from the courts of Delhi and Lucknow. Nasiruddin Haidar, King of Awadh, granted him a reward of Rs. 5000 but it never reached him and he was swindled by the court officials. The Delhi court honored him in 1850 when he was already fairly advanced in years. Bahadur Shah Zafar conferred a title on him, and appointed him the royal historiographer. In 1854, he was raised to the post laureateship on the death of Zauq, his rival. But hardly three years had gone by when the ‘Mutiny’ broke out, and all of Ghalib’s dreams were shattered. He was a witness to the gruesome events and hardships on 1857.

By descent and temperament, Ghalib was an aristocrat. He carried his self-respect and independence to an extreme, yet he was a man of brad sympathies, warm hearted, humble, considerate and generous. He had a large circle of friends, whose friendship he held very dear. However, he was ruthless towards opponents and, once frustrated, would never forgive them. He was absolutely free from dogmatism and intolerance. Inhibitions of religion had no hold on him; coupled with his liberality, his conduct was characterized by frankness and candor. He was no ascetic, and loved the good things of life- wine, woman, chess, mangoes, select company. He was legitimately proud of his lineal descent at a time when noble birth still mattered. But himself a man of meager means, he wanted to live in the style of his ancestors. This is where most of his troubles started.

Being a gifted poet, he felt indignant that he was not adequately appreciated at the court, where less talented poets enjoyed the patronage that should have been his. But even in his darkest moments, he was not lacking in quick wit and pleasantry. The tragic gloom of his life was interspersed by sunshine of good cheer and laughter. His playful nature did not spare anyone near him. He could smile at his own mishaps.

Ghalib wrote more in Persian than in Urdu. He considered his Persian poetry and prose to be more important, and, in fact, wished to be judged by his Persian works. Although he is rightly accepted as the last classical Persian poet of India, he is more loved and remembered for his Urdu works. He was precocious and started writing poetry when he was barely ten. For a time, he was fond of excessive imitation of Persian poets, especially Bedil, and wrote highly Persianized and obscure poetry. This was criticized and parodied by his contemporaries. By the age of 25, he discarded much of his scholastic verse that offended good taste. After having once discovered his style, Ghalib wrote with effortless abandon in much simpler and purer language.

Ghalib is a complex poet. His world is too vast and too contradictory to fit into any one category of things. His Ghazals are unique, not only for intensity of the emotions the express, but also for their absolutely perfect form, their exquisite melody, and the profound feeling for the beauty of the world which they reveal. Ghalib sang ‘all the phases of life’; his was a range and depth of feeling no other Urdu poet had. His love is not idealistic and self-surrendering, but purely sensuous.

Ghalib is also valuable for a completely fresh approach to the world. He was endowed with a passionate appreciation of  the unity of existence, yet he deeply questioned the very fundamentals of faith and dogma and brooded over the nature of joy and sorrow, life and death. His disillusionment was born of realism and not that of cynicism.

Interest in Ghalib’s verses has steadily grown in the present century. His influence on members of present generation is pervasive and profound. In Ghalib they see one who, like themselves, cherishes the intellect yet feels the need for spiritual center.

Ghalib is also known for his letters in Urdu which he started writing in 1849 or perhaps a little earlier. There are four different collections, and scholars keep discovering new ones so their number is steadily increasing. Letter writing in Urdu before Ghalib was modelled on Persian. Ghalib discarded the artificial rhetoric of feudal politeness, aiming at the joy of communication, wrote in startingly simple, intimate and informal style. No man ever wrote more graceful and lucid Urdu. The witty turn of Ghalib’s genius gave every page of his letters an irresistible charm and abiding interest. 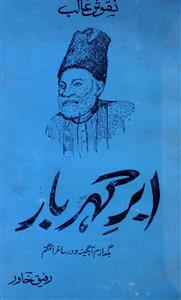 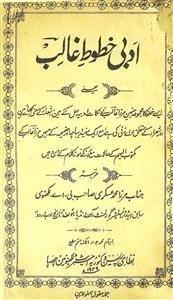 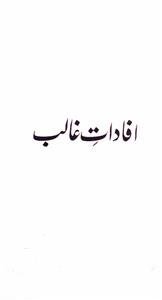 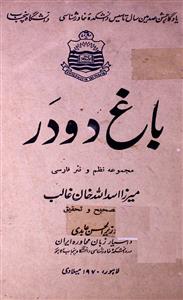 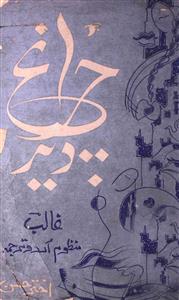 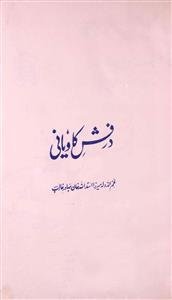 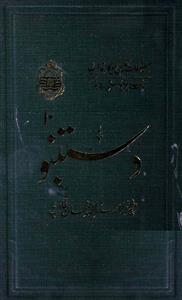