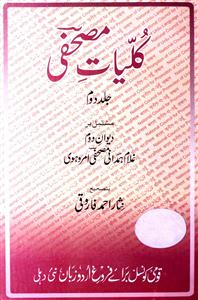 Sheikh Ghulam Hamadani (1747-1824) who acquired the nom de plume of Mus’hafi was born at Ballamgarh on the outskirts of Delhi although his family had long remained associated with Akbarpur and Amroha. He spent his childhood in Amroha but later moved to Delhi where he stayed for about twelve years. After Delhi suffered the onslaughts of history, he migrated first to Tanda where he enjoyed the benefaction of Nawab Mohammad Yaar Khan and then to Lucknow where he received the patronage of prince Mirza Sulaiman Shikoh. A person who could not remain steadfast in his associations with people and places, he also had on-going skirmishes with Insha Allah Khan Insha, a poet of considerable repute among his contemporaries.

Mus’hafi is known to be a voracious reader and a great collector of notes on his readings. He is generally remembered as a poet who was much too prolific and resourceful with words than any other poet of his age. Even though he sold many of his ghazals to poetry lovers and lost one of his divans as it was stolen, he has left behind a huge amount of his prose and poetical works.

Mus’hafi’s works remained uncollected and unpublished for about a hundred fifty years after his death and were preserved in the form of manuscripts in various libraries.  His eight divans in Urdu and two in Persian, as well as his eighty six qasidas , twenty mathnawis, three tazkiras—Aqd-e Surraiya, Tazkira-i-Hindi, and Riyaz-ul-Fasha--and an incomplete and unpublished miscellany of his Arabic and Persian poetry and prose writings called Majma-ul-Fawaayid, bear witness to his creative potential and remarkable pedantry. A mentor of many poets of his age, Mushafi echoed several masters of the past whose poetry he admired but worked incessantly to develop his own poetics by blending multiple influences in a harmonious whole of his poetic oeuvre. 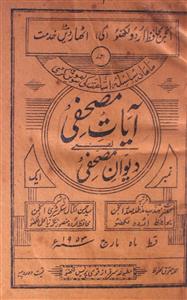 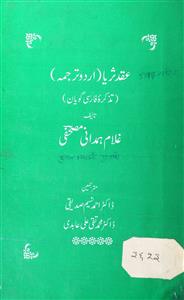 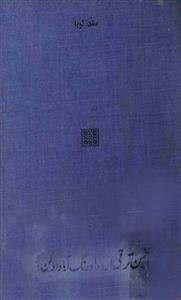 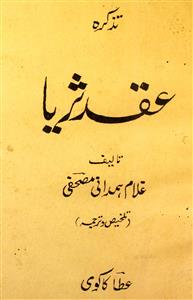 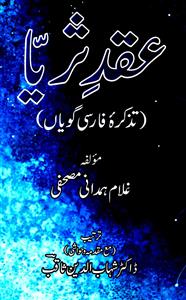 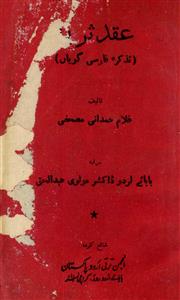 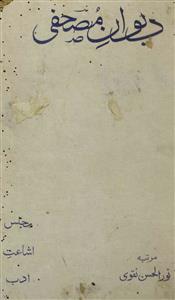 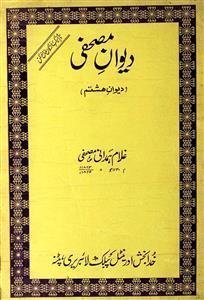