Mohammad Nasiruddin alias Mian Kallu, popularly called Shah Nasir, was a prominent sufi of his age. His father was also a saint and enjoyed great respect in his society. Nasiir did not have good education perhaps because of his lack of interest in academics. He succeeded his father as 'Sajjada Nashin' of his Dargah in 1768. Nasir was attracted to poetry at an early age and became a pupil of Shah Mohammad Mail, who was a disciple of Qayem Chandpuri, and was casually associated with Khawaja Meer Dard. Nasir was a talented man and had a very good command of the poetic diction of Delhi. It is said that he would challenge his opponents in poetic gatherings and claim his superiority in extempore composition of couplets. Nasir gained popularity as a poet in subsequent years and was appointed a master guide to the members of the royal family and to others. He travelled to other places, especially Meerut and Lucknow, where he met great masters like Jurat, Mushafi, Aatish and Nasikh. Nasir had good mastery over the poetic art and his compositions in complicated metres and difficult radiffs are an evidence of his unmatched skill. He is said to be a trend-setter of his age. Eminent poets like Momin, Zauq and Zafar were his pupils. 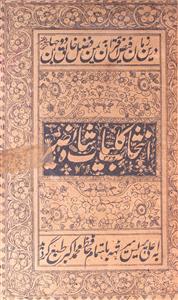 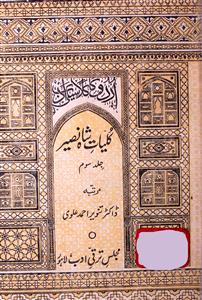 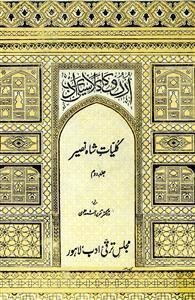