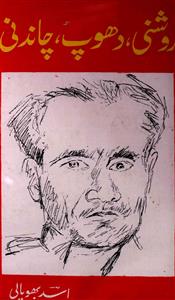 Born Asadullah Khan, on July 10, 1921 in Bhopal, Asad Bhopali, was the eldest son of his father Munshi Ahmad Khan. Extremely learned in Persian, Arabic, Urdu and English, Asad moved to Mumbai to become a song-writer, at the age of 28.
During this period, lyricists of great repute like Khumar Barabankavi, Jaan Nisar Akhtar, Rajinder Krishan, D.N. Madhok, and Prem Dhawan, had proved their mettle in the preserve of song-writing. Apart from this, great songwriters like Majrooh Sultanpuri, Shakeel Badayuni, Hasrat Jaipuri and Shailendar were also present in the film industry, but Asad Bhopali proved his worth in these trying circumstances and succeeded in creating a distinct identity. He was the first poet from Bhopal who had set his foot in the film industry. When he came to Mumbai in 1949, the Fazli Brothers there were planning to make a film titled, ‘Duniya’. Arzoo Lakhnavi had written two songs for this film but later moved to Pakistan. The Fazli Brothers were now looking for another songwriter to write the remaining songs of the film. Luck moved its magic wand, and Asad Bhopali got a chance to write two songs for the film, both of which turned out to be superhits.
In 1950, after he had penned two songs for the film ‘Aadhi Raat’, he was asked to write the songs for B.R. Chopra’s classic directorial venture ‘Afsana’. Six songs of this film were written by Asad, all of which became extremely popular. From 1949-1990, Asad Bhopali wrote over 400 songs in about 100 films. In 1989, he wrote the songs for the film ‘Maine Pyar Kiya’ whose popularity absolutely stirred the Indian subcontinent. For the song ‘Dil Diwana Bin Sajana Ke Maane Naa’, Asad Bhopali was conferred the Filmfare award. Asad Bhopali was invited to the 1990 Filmfare Awards but could not attend due to illness. He passed away on June 9, 1990.