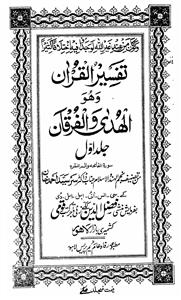 A visionary who carved a space for rationalist thought, gave a new direction to education, and laid the parameters of modernist Urdu prose, is none other than Sir Syed Ahmad Khan. He did not only evolve a new philosophy and pedagogy for public instruction and write remarkable discursive prose, but also affected a change in the attitude of people, especially of the Muslim community, towards social, cultural, and national identity. He was an iconoclast who promoted a scientific view of life and found space for pure rationalism as opposed to romantic sentimentality. As he also influenced poets and writers, he came to be acknowledged and valued as one of the major reformers of modern India.

Sir Syed was born on October 17, 1817, in Delhi. His father, Syed Muttaqi Mohammad was an advisor to Emperor Akbar II, while his grandfather, Syed Hadi Alamgir, held a position of prominence in the Mughal court. His mother, Azizunnisa, was a suave and highly cultured lady who brought up Syed in his formative years with great care. He received his early education from his maternal grandfather, Khwaja Fariduddin, and learnt about the workings of the courts from his uncle, Maulavi Mhammad Khalilullah.

Syed got his first job in the court at Agra as an assistant clerk. He proved his worth as a hard and sincere worker in the courts which brought him promotions one after another. Apart from working in Agra at the beginning of his career, he also served his tenures of appointment at Mainpuri and Fatehpuri Sikri. Later, he worked as the chief Ameen in Delhi and then in Bijnaur. He then served on the higher position of Sadr-us-Sudoor in Moradabad, then Ghazipur and Banares. As he worked in these places with complete dedication, he became very popular with people as well as the British administration which decorated him with the title of “Sir”.

While Sir Syed worked on important positions at all these locations in Uttar Pradesh and got proper recognition for his services, he also had an opportunity to sympathetically but critically observe the condition of the society in general, and the lives of the people in particular from close quarters. The cataclysmic events of 1857 also impacted him greatly. He got intensely concerned with the plight of the countrymen, especially those of the Muslims, who needed all round rejuvenation. He thought that propagating the message for imparting right education would be the best way to take the people from their current state of stasis. He firmly believed that people must get rid of biased opinion against English language and Western domains of education, if they were to survive in the modern world. This is how, he argued, that they could be brought to see the realities of the new world and usher themselves in an age of awakening.  He further believed that people would have to remain satisfied serving the foreigners in menial capacities. In order to pursue this aim, he established Scientific Society at Ghazipur in 1864. This Society was directed towards getting the translations of Western knowledge texts into Urdu. He also started publishing Tahzib-ul-Akhlaq in 1870 to instill modern consciousness among the Muslims. This was the main aim and spirit that led him to establish Madrasat-ul-Uloom, then Mohammedan Oriental College at Aligarh, which later grew into Aligarh Muslim University. Today, this university stands as a living testimony to Sir Syed’s vision and has had a remarkable reputation across the globe.

The way Sir Syed shaped his Aligarh Movement; he influenced Indian society and culture in multiple ways. This movement not only opened new horizons to Urdu language and literature, but also created a condition for developing new discourses and in a new idiom for larger appeal. He thus brought literature and intellectual preoccupations close to each other in order to bear upon the contemporary realities of life.

Among the many publications of Sir Syed, it is rather customary to mention his major works like Asar-us-Sanadeed, Asbaab-e-Baghawat-e-Hind, Khutbaat-e-Ahmadia, Tafseer-ul-Quran, and Tareekh-e-Sarkashi-i-Bijnaur which hold greater attention of the people. While Aasar-us-Saadeed is an important account of the old architectural wonders of Delhi, Asbaab-e-Baghawat-e-Hind describes the conditions that led to 1857. With this book, he also tried to dispel the misunderstanding of the British towards the entire issue that caused this terrible catastrophe. In Khutbaat-e-Ahmadia, he wrote a strong and logical reply to a Christian author who had presented a distorted picture of Islam. His Tafseer-ul-Quran, however, proved to be a much contested commentary on the holy Quran where he examined religious matters in rationalist terms and denied the role of miracles in the matters of faith. His others writings of great interest include his miscellaneous writings and travelogues.

This founder of a great educational and socio-cultural movement, Sir Syed Ahmad khan, passed away on March 27, 1898. He lies buried within the precincts of the Jama Masjid of Aligarh Muslim University. 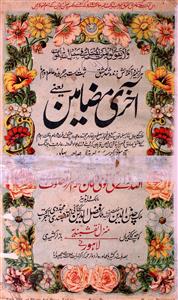 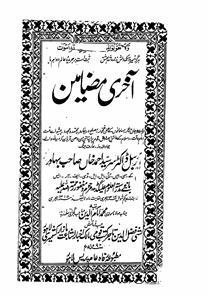 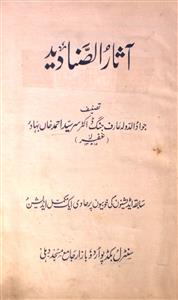 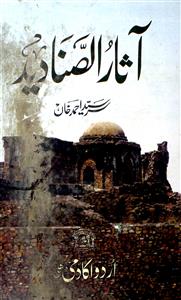 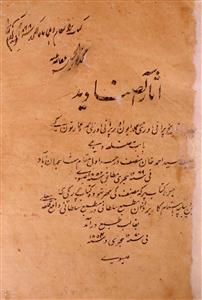 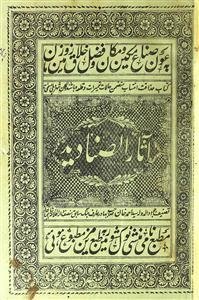 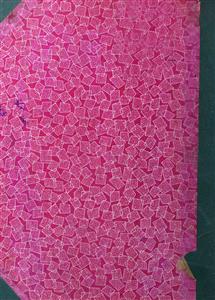 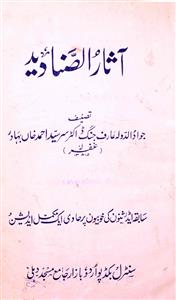 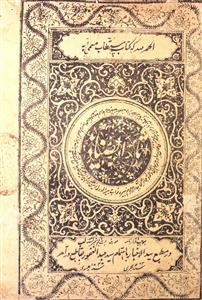