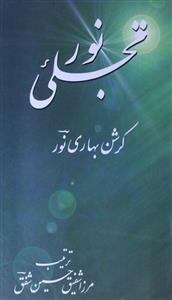 Krishn Bihari 'Noor' was born at Gauss Nagar, Lucknow on 8th November 1926. He did his basic education at home. Later, he was admitted to a high school at Aminabad (U.P). After completing his graduation from Lucknow University, he got employed in the RLO department of Lucknow, where he worked for a long time and retired on 30th Nov 1984 as the Assistant Manager. Noor Saheb, a disciple of Fazal Naqvi and proficient in both, Urdu and Devanagri scripts was basically known for his ghazals in literary circles. His noted works include, Dukh-Sukh (Urdu), Tapasya (Urdu), Samandar Meri Talash Mein (Hindi), Hussainiyat Ki Chaaon Mein, Tajjalli-e-Noor, Aaj Ke Prasidh Shaayar (Edited by Kanhya Lal Nandan), etc. He died while undergoing an operation at a hospital in Ghaziabad on 30th May 2003. 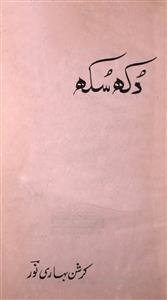 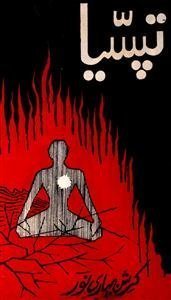