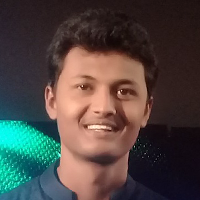 A young poet from Pakistan

A young poet from Pakistan

Born into a well-known literary family, Syed Abdurrahman Al-Momin is known in the world of literature as Abdurrahman Momin. Born on 21st July 1996, he is currently a student of BA Honors at Jamia Karachi and is closely associated with the famous children’s magazine ‘Maah-Nama Saathi’, as a member of its editorial board. He has also been a part of Radio Pakistan's popular program Bazm-e-Talaba. Nowadays, he is hosting a literary program on a private channel. He started writing poetry in 2011 and is considered prominent among the young poets who appeared on the literary scene of Karachi in the 2010s. Influenced by masters like Ghalib and Iqbal, Abdurrahman Momin does not have a bent for any particular form of poetry, but the preponderance of Ghazal in his writings is evident.