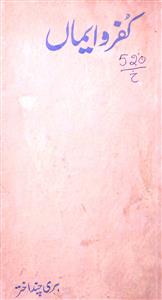 Harichand Akhtar was born on April 15, 1900 in a small place called Saheba in Hoshiarpur district of Punjab. He hailed from a Brahmin family with no scholastic or literary tradition. However, Akhtar developed an interest in poetry at an early age. He received his education at Government High School, Jalandhar, and Foreman Christian College, Lahore. He got his M. A. English degree from Punjab University, Lahore. He started writing poetry with ‘Sharma’ as his pen name. After getting into contact with Hafeez Jalandhari and becoming his poet-disciple, he chose ‘Akhtar’ as his nom de plume.

Harichand Akhtar earned his reputation both as a journalist and a poet. As a journalist, he wrote for Paras newspaper published from Lahore. Following India’s Partition, he came to Delhi. He also worked for Punjab Legislative Assembly.

It was probably his experiences as a journalist that gave him the material for his satirical and humorous poetry. Although he also wrote serious poetry but even in that there is an undercurrent of sharp wit and sarcasm. He was an acutely curious and a mercurial being who did not care to publish his poetry in a volume. It was only after his death that his friend Arsh Malsiyani put together his scattered works and got them published in a volume called Kufr-o-Eeman.  Akhtar died in 1958. 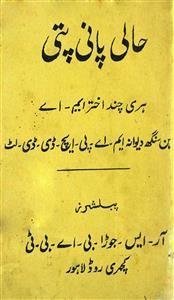 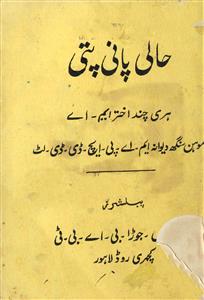 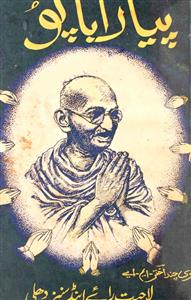