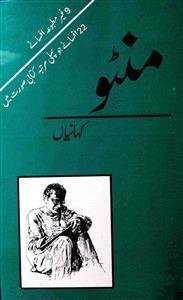 Manto's life, like the fiction written by him, was not only interesting but also brief. Living only up to 42 years, 8 months, and 4 days, Manto, spent most of it on his own terms living with the least care possible. If the non-speaking Urdu class identifies Urdu poetry with Ghalib, then for fiction their point of reference is Manto.

Saadat Hassan Manto was born on May 11, 1912, to a Kashmiri family in Sambarala, Ludhiana. His father's name was Maulvi Ghulam Hussain and he was a judge by profession. He was born of his father’s second wife. And when it came to Manto's education and training, he had retired. His temperament was harsh, so Manto did not get his father's love. After failing matriculation twice, he passed the examination in third division. He failed in Urdu. His father's strictness created a spirit of rebellion in him. His favorite pastime during school days was to spread rumors and fool people. After matriculation, he was sent to Aligarh but was expelled from there saying that he had tuberculosis. Later, he enrolled in the FA. While studying less and wandering more, a nobleman introduced him to alcohol and he got addicted to gambling. Apart from that, Manto did not have any hobbies for a long time. He was restless in nature. Manto frequented in a hotel those days where one day he chanced upon Aleg Bari, the editor of the magazine ‘Musawaat’. He sensed Manto's intelligence and his inner turmoil. He turned to Manto in a very sincere and compassionate manner. And he was persuaded to leave the novels of Tirtha Ram Feropoori and read the books of Oscar Wilde and Victor Hugo. At the request of Mr. Bari, Manto translated Victor Hugo's book "The Last Days of a Condemned" under the name of "Sarguzisht-e-Asir" within ten to fifteen days. Bari Sahib liked it very much, later he edited the book and Manto became an author for the first time. Later, Bari Sahib separated from "Masawat" and became associated with "Khalq". In the first issue of Khalq, Manto's first story "Tamasha" was published.

Manto moved to Bombay in 1935. He had been introduced in literary circles as a novelist. His first job was in the weekly "Paras". His salary was Rs. 40, but he got merely 10-15 per month.  Manto became the editor of Nazir Ludhianvi's weekly "Musawwir". A few days later, after working for a few days at Film Companies, Imperial and Saroj, he got a job at Cine Tone for 100 rupees a month and got married to a Kashmiri girl named Safia whom he had never seen before. The marriage took place at the insistence of the mother. Due to Manto's supposed misdeeds, the relatives had severed ties with him. His real sister did not participate in the marriage despite being present in Bombay.

In his nearly 20-year literary career, Manto wrote 270 novels, more than 100 plays, many film stories and dialogues, and lots of sketches of famous and anonymous personalities. His fictions caused a stir in the literary world. He was tried several times for obscenity and was sentenced to 3 months imprisonment and 300 fines in Pakistan. Later, he was awarded their highest civilian award ‘Nishan-e-Imtiyaz’. Manto's unabashed and brutal realism has shattered countless beliefs, creeds and concepts and has always dared to touch the flame of life with bare fingers. Manto said that instead of imaginary characters, he exposed the ugly face of society by depicting lives, along with their psychological and emotional aspects.

On the evening of January 17,1955, Manto returned home late. After a while, he vomited blood. At night, his condition worsened. A doctor was called and he advised him to take him to the hospital. After hearing the name of the hospital, he said, “Don't take me to the hospital.” After a while, he said secretly to his nephew." I have three and a half rupees in my coat pocket. Put some money in it and ask me for whiskey”. Whiskey was ordered. He drank whiskey and was in pain and fainted. An ambulance arrived; a spoonful of whiskey was poured into his mouth but not a single drop went down his throat. It all flowed from his mouth. He was put in an ambulance and taken to the hospital and died on the way. 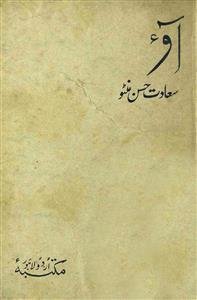 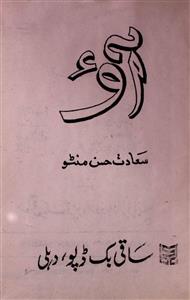 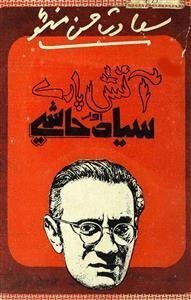 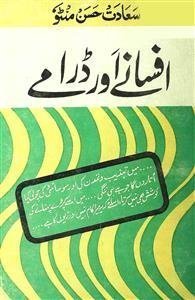 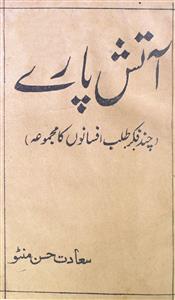 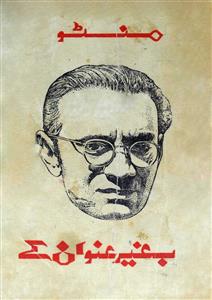 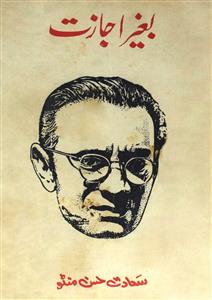