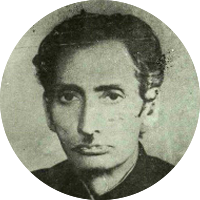 Kaleem-ud-Din Ahmed famously quoted that, 'Urdu ghazal is a semi-savage genre'. But the critic who called Ghazal "semi-savage", disavowed his earlier comment in his last days. When someone asked him how he finally became fond of the genre of Ghazal, he replied, ‘One day I was listening to a Mushaira on the radio and a poet was reciting his Ghazal in a mellifluous tone, the couplets of that Ghazal unsettled me and shook me to the core’.