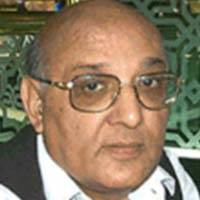 Pakistani poet famous for TV Serials written by him.

Pakistani poet famous for TV Serials written by him.

Urdu poet, drama writer Amjad Islam Amjad was born on 4 August 1944 in Sialkot (Pakistan). He received his earlier education in Lahore, graduation from Islamia College Lahore and masters in Urdu literature from Punjab University. Started his career as a lecturer in M.A.O College Lahore. He worked as a director at Pakistan Television Corporation from 1975 to 1979, before returning to teaching. Amjad Islam has written many columns, translation, criticism, essays and playwright for Pakistan Television, however his priority remained Nazms. Some of his well-known dramas are Waris, Dehleez, Samandar, Raat, Waqt and Apnay Log. His first book was published in 1974 since then he has published more than ten collections including Satvan Dar (1978), Fishar (1982), Baarish ki Aawaz (1997), and Yahiin Kahiin (2006), Nae Purane etc. He has received many awards for his contribution to literature including Allama Muhammad Iqbal Award, The Pride of Performance and the Sitara-e-Imtiaz.