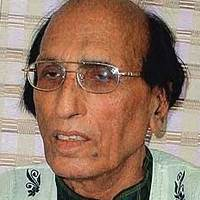 A widely-acclaimed shayar, who was felicitated with the Sahitya Academy Award and Padamshree, Bashir Badr did B.A., M.A. and Ph. D. from Aligarh Muslim University. He was also felicitated by the UP Urdu Academy four times and once by the Bihar Urdu Academy. He worked as a lecturer at the Aligarh Muslim University and later, joined the Meerut College in the same capacity. He then proceeded to become the head of the department of the same college and continued in that capacity for a period of 17 years. He is well-versed in Persian, Hindi and English. Presently, he lives in Bhopal. Bashir Badr has over 18,000 couplets to his credit and a large number of Urdu Ghazals too. He is a poet, who has majority of his poetry sung and recited among Urdu shayars. He has come out with more than seven collections of poems in Urdu and one in Hindi. He has also written two 2 books of as a literary critic; Azadi Ke Bad Urdu Ghazals Ka Tanqidi Mutala and Biswin Sadi Mein Ghazal. He also introduced a collection of Urdu ghazals in the Devnagari script titled; Ujaale Apani Yaadon Ke. A collection of his ghazals has been published in Guajarati script. Some of his works have also been translated into English and French. An award winning collection of 69 ghazals is the jewel in the poetic crown of Bashir Badr. One of his collections entitled; Kulliyat-e-Bashir Badr has been published from Pakistan. The content in his ghazals is in highly contemporary Urdu and can therefore be easily understood and appreciated by a vast majority of people, without any difficulty. His ghazals are primarily an expression of anguished love; in them are also expressed the mysteries of life.