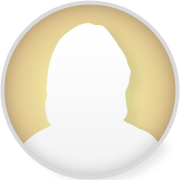 Prominent classical poet who was part of the first war of independence in 1857.

Prominent classical poet who was part of the first war of independence in 1857.

Syed Ismail Hussain who acquired the nom de plume of Munir was born in Shikohabad in 1814. He received his early education in Akbarabad where his father was posted during his service period. Later, he shifted to Lucknow. The literary environs of Lucknow contributed towards pruning his literary taste. First, he received counselling on his poetry from Nasikh, then he took ‘Rashk’ as his master. He remained associated with the Nawab of Banda but after the British disempowered him, he joined a group that wanted to take revenge on the British. The members of this group were, however, arrested and he had to be in prison for a long time. At the end of his career, he got associated with the durbar of Rampur where he ultimately died in 1880.

Muneer is supposed to be the last representative poet of Nasikh’s school which also explains the impact of Nasikh on his poetry. He has written long ghazals in difficult metres and styles. His ghazals are marked by linguistic exuberance and his tone and tenor comes close to that of the qasida. His poetical works are put together in Muntakhib-ul-Aalam. A selection of his poetry entitled Intekhab-e-Kalaam-e-Muneer Shikohabadi was published by Uttar Pradesh Urdu Akademy in 1982.