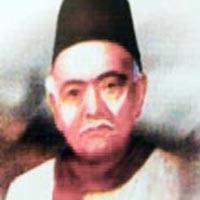 One of the leading pre-modern poets at lucknow, contemporary of Jigar Moradabadi.

One of the leading pre-modern poets at lucknow, contemporary of Jigar Moradabadi.

Aarzoo Lakhnavi was one of the most respected poets of his era. His father Mir Zakir Hussain Yas, who was a disciple of Jalal Lahknavi and his elder brother Mir Yusuf Hussain Qayas, both were poets. Arzoo, who was brought up in a cultured and a fairly well-off household, did his early education at home. Later, he learnt Arabic and Persian from some famous scholars of Lucknow. His career as a poet began with the composition of a marsia at the age of twelve. Guided by Jalaal Lucknavi, he soon became skilled in the art of poetry. After Jalal passed away, Aarzoo was accepted as his heir to guide his disciples. He ad moved to Bombay in 1942, where he wrote lyrics and dialogues for films. Later, he migrated to Karachi and joined Radio Pakistan. Though he had also written plays and other forms of poetry, he rose to fame mainly because of his ghazals. Three collections of Aarzoo's ghazals, viz., Fughan-e-Aarzoo, Jahan-e-Aarzoo and Nishan-e-Aarzoo have been popular with the Urdu readers.