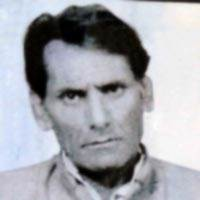 Popular poet and lyricist famous for his lyrics in film Paakeeza.

Popular poet and lyricist famous for his lyrics in film Paakeeza.

Kaif Bhopali was an Indian lyricist and also a well-known Urdu shayar in the world of sher-o-shayari. He was born at Lucknow in the year 1917. His ancestors had moved from Kashmir to Lucknow and then to Bhopal. Later, he moved to Bombay and began to write songs for films. He had written many songs for various films. He even attended mushairas where he was much loved and appreciated. Chalo Dildar Chalo sung by Mohd. Rafi, in Kamal Amrohi's 1972 classic, Pakeezah was penned by him. He also wrote some popular ghazals. Kaif Bhopali's daughter Parveen Kaif is a noted poet who participates in mushairas. He died in Bhopal on 24th July 1991.