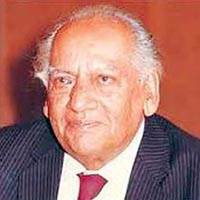 One of the most celebrated and popular poets. Faced political repression for his revolutionary views.

One of the most celebrated and popular poets. Faced political repression for his revolutionary views.

We will nourish the pen and tablet; we will tend them ever

We will write what the heart suffers; we will defend them ever

We will nourish the pen and tablet; we will tend them ever

We will write what the heart suffers; we will defend them ever

Faiz Ahmad Faiz was among the most celebrated and popular shayars. He faced political repression for his revolutionary views. Faiz was his pseudonym. His birth took place in the year 1911, in Sialkot, Punjab, from where he did his basic education from Church Mission School. Later on, he did his Masters in English and Arabic from Government College, Lahore. During his college days, he continued to pursue his poetic aspirations. In 1936, he took up the post of an English lecturer at M.A.O. College, Amritsar. When the Progressive Movement in India gathered momentum in 1936, he was one of the protagonists. Faiz beautifully blended the grief of love with sorrows of life in his poetry which struck a chord with youth. In 1939, when his first collection ‘Naqsh-e-Faryadi’ was published, the literary world was rocked with the echo. During that time, he also assumed the responsibility of editorship of ‘Adab-e-Lateef’. In 1940, Faiz was appointed lecturer at the Hailey College of Commerce, Lahore. This was the period when World War was at its peak and nations were uniting against fascism, consequently Faiz also joined army. In 1947, Faiz took up a position in the Pakistan Times. After that he became editor of “Imroz” and received accolades in journalism too. After Pakistan came into existence, he began working for the rights of labor and was appointed Vice President of Trade Union Federation. He participated in the I.L.O. Geneva Conference as a spokesperson for labor. On March 9, 1951, Faiz was arrested under the Pakistan Safety Order Act for Rawalpindi case for which he was imprisoned. His second collection ‘Dast-e-saba’ commemorates his confinement in Hyderabad jail. Faiz began his poetry with ghazals and steadily shifted his attention to nazm and is acknowledged a renowned poet of both forms among progressive poets. He is equally admired in India, Pakistan as in the western countries. His ghazals have been translated into several languages. He was felicitated with a large number of scholarly awards, particularly the Lenin Peace Prize in 1962 and his Gazals are sung by almost every popular singer. Compositions of poetry: Naqsh-e-faryadi, Dast-e-saba, Zindaan Naama, Dast-e- Tah-e-Sang, Sar-e-Wadi-e-Seena, Sham-e-Sheher-e-Yaaran, Mere Dil Mere Musafir. His complete poetry has been published as ‘Nuskhahaae Wafa’. Faiz passed away on 20th Nov 1984 in Lahore.