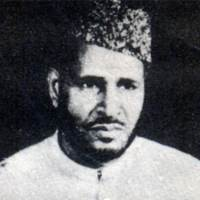 Mahirul Quadri is known as a fine prose writer and a poet who invested in strengthening the classical tradition of Urdu poetry. He was born Manzoor Hussain on 30 July, 1906, at a place called Kaiser Kalan in Bulandshahar district of Uttar Pradesh. He passed his matriculation examination from Aligarh Muslim University and joined a well-known journal called Medina published from Bijnaur. He also got involved with the editing of several other newspapers and journals. He also lived in Bombay for some time where he wrote lyrics for films. Following the Partition of India, he migrated to Pakistan and started published a journal called Faaraan from Karachi which came to acquire a healthy reputation for itself within no time.

Mahirul Quadri wrote in various genres and came to be recognised as a respectable poet, reviewer, critic, biographer, and novelist. He published more than twenty books that have been read with interest over the time. Some of his works are:  Aatish-e-Khamosh, Shiraaza, Mehsoosat-e-Mahir, Naghmaat-e-Mahir, Jazbaat-e-Mahir, Karvan-e-Hijaz, Zakhm-o-Marham, Yaad-e-Raftagaan, Firdaus, Tilism-e-Hayaat.

He died of heart failure while participating in a mushaira in Jeddah on 12 May, 1978.